What's new in and around Hugo's design? Chats the latest news here or grab the RSS feed to be sure you are on top of all development!
02-04-2013
While I'm busy preparing new sets for Lola Mesh support, I'm also looking at the catsuits... Over the years the classic catsuit has not changed much, however... The tattoo layer came along, Hugo's design expanded it's color range and now the impants slowly start to look (more... somewhat big, but more) realistic. Apart from that, my photoshop skills have improved too... Some of the catsuits for sale now still lack tattoo layers, and so it's time for an overhaul. I'll update the sets asap. (Which means they'll certainly be ready by this time next year hehe). Here's two examples for the shine on the suits (the classic one in the first pic and the 'hard shine' version the second). There is a third one which I'm still testing. A pic of that one will be here soon! 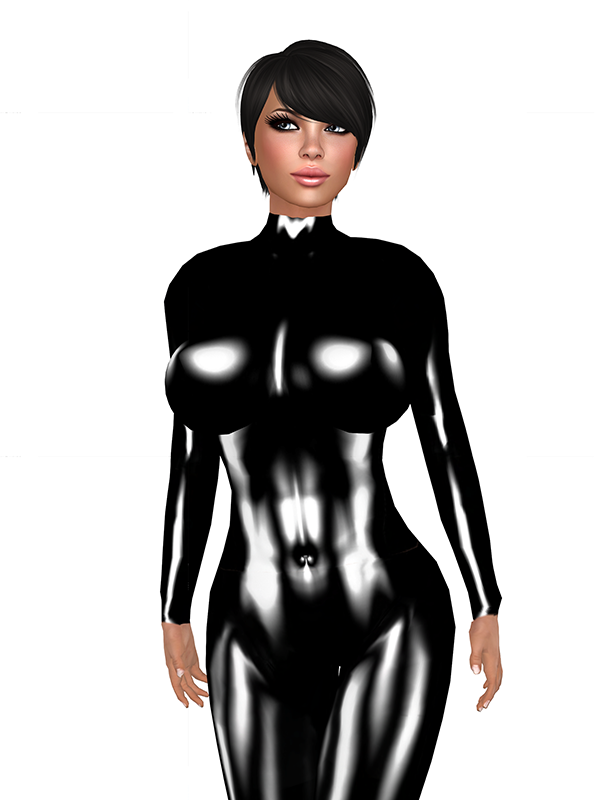 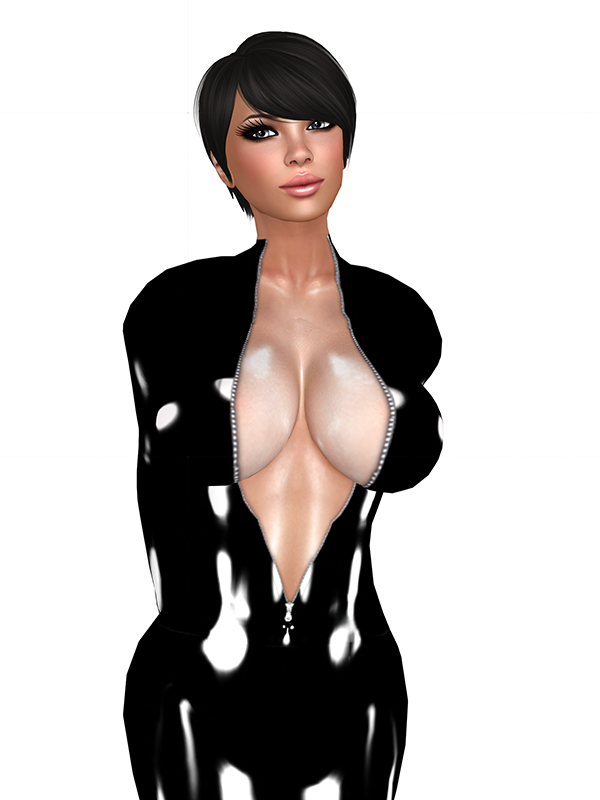 Catsuit 1 - hard shine
And an update: here is catsuit version 3. It's an updated version of the classic catsuit. I think it's my favorite one... 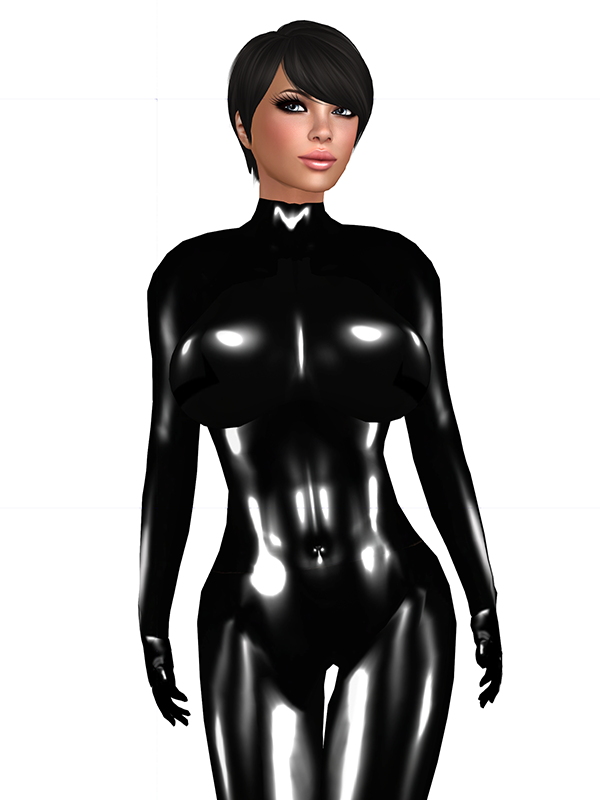 12-03-2013
While it's still work in progress, here's an early preview of the new specials I'll have in-store ASAP. I'm still working on the finer details but this project is called 'Good Cop, Bad Cop', and you can see why... I've had some requests along the way for uniforms and, as I don't have enough time to do custom work (sorry!), I've always been forced to decline these requests. That's not to say that I won't give a spin to a special set or a uniform once in a while, though! What's actually the good or the bad cop is for you to decide once both outfits are ready. On a side note: I do have to say that I love the full perm mesh designers who produce such wonderful ideas. The hat featured in the photo, for instance, comes from 'N&T designs' by Natasa Rozensztock. I really can go wild texturing it! 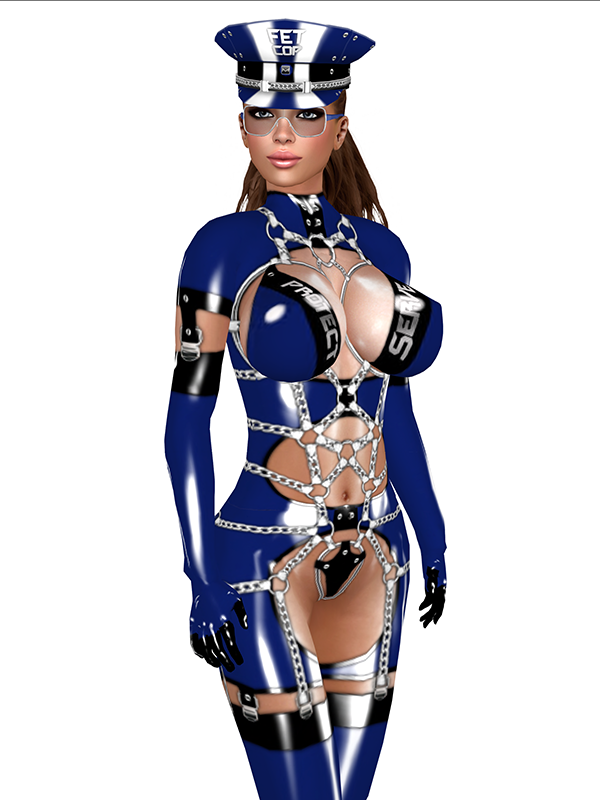 Good cop or bad cop?
While working with the Lola's Tango Mesh implants which recently went on sale, I came across a problem. It appeared while wearing hair that partially falls over the chest (and thereby over the Lola Tango implants) when the hair texture 'overrides' the applier texture and results in the applier texture not being shown where the textures meet. This isn't helped by the fact that the hair texture in that area is transparent, too, and creates a 'gap', and it makes no difference which applier clothing layer (top or bra layer) is used or which texture has the most transparent parts - it will be 'lost' and thus not shown. This problem will cause one applier to work while another won't. This is not due to 'faulty' hair or anthing to do with the implant texture: it's a because of the SL rendering engine and possibly may have to do with using .png files, but there's no way I'll revert to using the extremely elaborate .tga format, so... So stay tuned for a whole host of new designs featuring Lola's Tango appliers and other updates from Hugo's Design!
09-03-2013
Now mesh has been fully adopted in Second Life it's fun to see what can be created with them. I'm going to be honest and let you all know that I don't feel like- and / or have the time to figure out how to build mesh. In stead I'll use full perm mesh items that are for sale in SL. Like this dress! I've ALWAYS wanted to make a tight skirt, and the skirt provided by SL was no good... There are some issues with the alpha layer, but I guess that is just the way it is and I can live with that. Wearing a mesh object also requires standard sizing, something which I'll explain next week. Here's a first try-out on the dress (including the Lola Lango mesh Implants I mentioned in my last post ... yeah, I'm a fan). 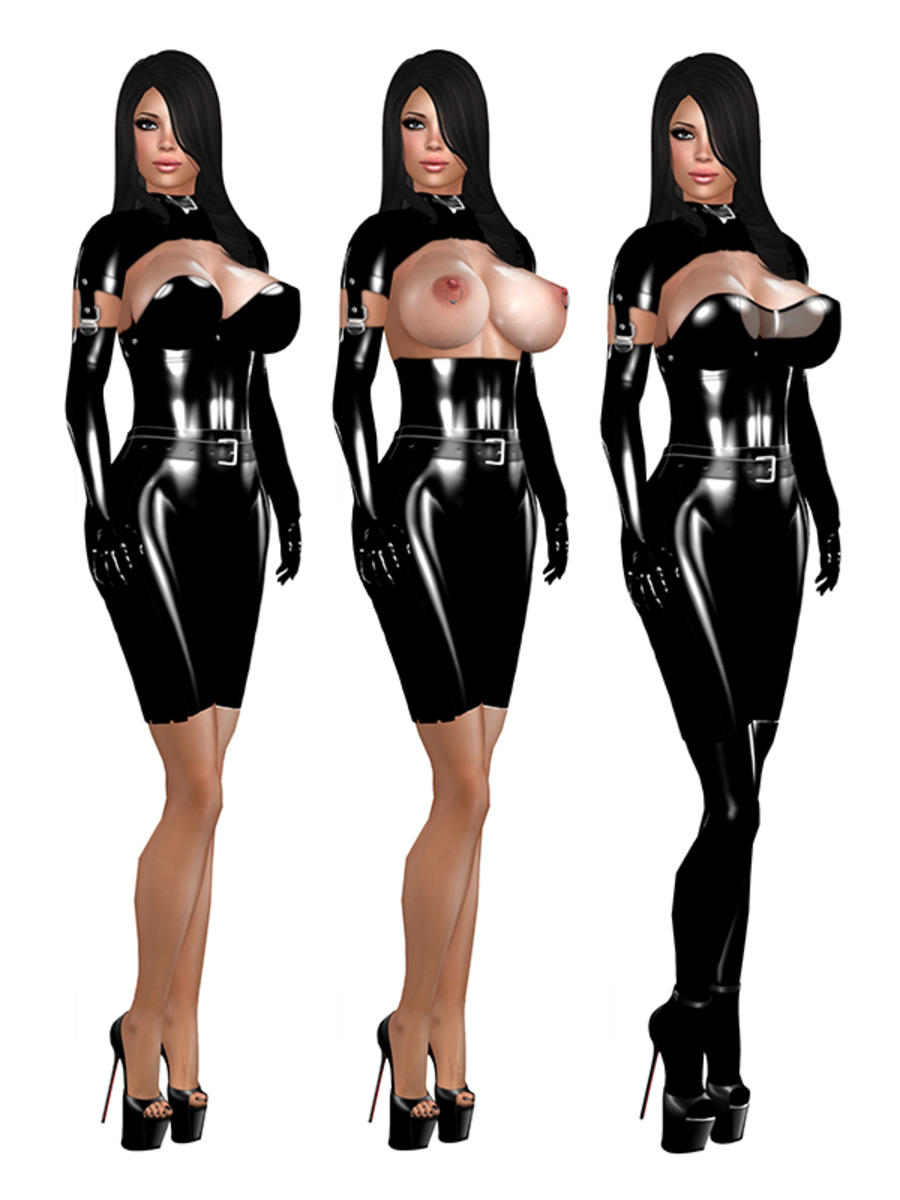 07-03-2013
Hi all, As you could see in our previous post, we recently started to support Lola Tango Mesh Implants. Because basically... they look awesome. Last monday the New Yali Garter set hit the store and next weekend we'll release new stuff. We're working on appliers for older sets and new sets. If there's a set you think we MUST make appliers for, let us know! 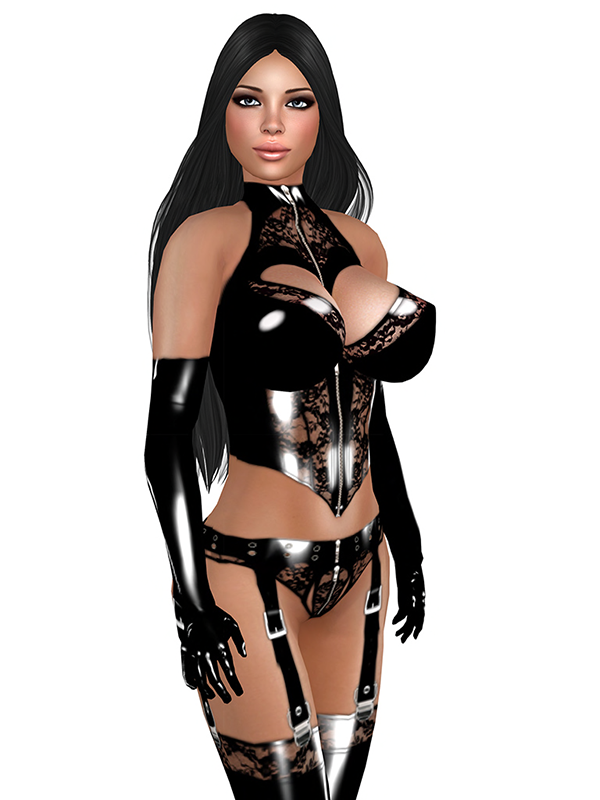 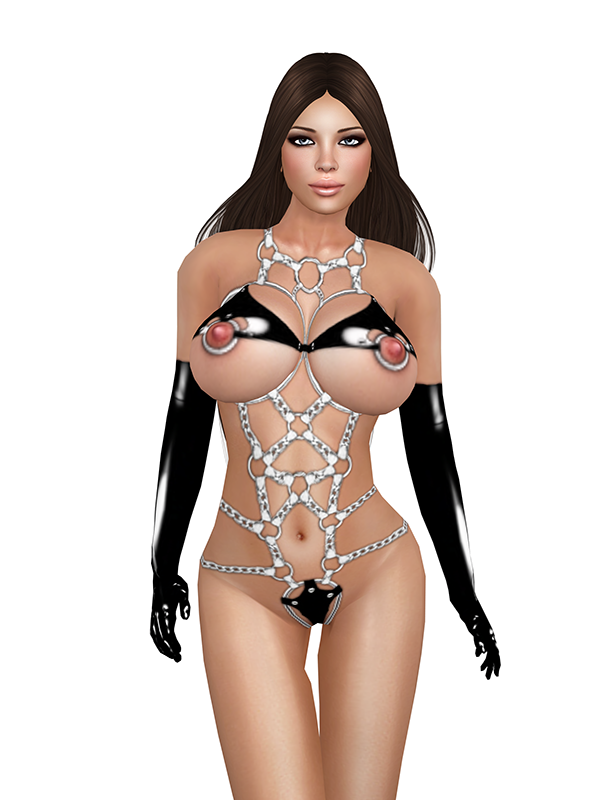 Chainy - lot's o steel
Visit us on the SL Marketplace or in-world!
07-03-2013
Hi all, As you could see in our previous post, we recently started to support Lola Tango Mesh Implants. Because basically... they look awesome. Last monday the New Yali Garter set hit the store and next weekend we'll release new stuff. We're working on appliers for older sets and new sets. If there's a set you think we MUST make appliers for, let us know!

Visit us on the marketplace or in-world!

END_OF_DOCUMENT_TOKEN_TO_BE_REPLACED

Erik Hugo New heels! We at HD went on to create the best and highest heels (at HD) yet: Nilea style 2 come get em! t.co/5WW79KM8gD
1 year 4 months ago.

Erik Hugo A set of tight, open, latex panties and a latex top showing your goods (for Kupra) is coming to this round of eBent… t.co/IxYeyfilPE
1 year 7 months ago.